"I've Looked At Clouds That Way"

I was inspired to write this post about clouds after reading the article about Luke Howard on Hyperallergic today called, "How the Naming of Clouds Changed the Skies of Art".

It caused me to reflect on some of my experiences and efforts to capture clouds like the ones in this painting "Killbear Morning Light".

Thankfully I had started early that September morning doing some quick composition/value sketches in my art journal.

By the time that I was finally set up with my paint and easel, the sky had completely changed! The sky was lovely later in the day, but not as lovely as when I had first arrived in that early morning light, so I completed the painting using the sky and clouds from my earlier composition/value sketch.

"Clouds are fascinating to paint
because they are the only element in a landscape
that possesses free movement."
(John F. Carlson 1875-1947)

Thanks to amateur meteorologist Luke Howard, we have had a naming system for clouds since 1802.
(Link to Luke Howard's 77-page book published in 1865, "Essay on the Modifications of Clouds")

This article really got me thinking about a lot of things. I wondered about clouds before 1802. Before clouds had proper scientific latin names and that's when things got really interesting for me.

I found a lecture delivered before the Philosophical Institute of Edinburgh, December 6, 1887, by the Hon. Ralph Abercromby. I learned about "Cloud-land in folklore" and other names for clouds like "mares-tails",

or "Thor's Chariot", or "Udders of the Cows of Indra" (foretelling rain or "dropping richness on the earth"!).


All of this seemed like really wonderful material for some future art journal sketches/illustrations about clouds and cloud folklore.

I also realized that, since winter arrived, I have not been paying a lot of attention to the clouds and I plan to make more of an effort for the rest of the winter to "Look up!"


"I've Looked At Clouds That Way"

Because I borrowed the title "I've Looked At Clouds That Way" for this blog post from the famous song "Both Sides Now" by the amazing Joni Mitchell , I thought it apropos to close with it. Enjoy!


Both Sides, Now
by Joni Mitchell
Rows and flows of angel hair
And ice cream castles in the air
And feather canyons everywhere
I've looked at clouds that way

I've looked at clouds from both sides now
From up and down, and still somehow
It's cloud illusions I recall
I really don't know clouds at all

But now it's just another show
You leave 'em laughing when you go
And if you care, don't let them know
Don't give yourself away

I've looked at love from both sides now
From give and take, and still somehow
It's love's illusions I recall
I really don't know love at all

But now old friends are acting strange
They shake their heads, they say I've changed
Well something's lost, but something's gained
In living every day

Cindi Moynahan-Foreman About My Art

Drawing, painting and creating are my oxygen. I love exploring new art techniques and learning about and meeting other artists. I am inspired by my family, nature and poetry. I am an urban sketcher.
Ottawa, Ontario 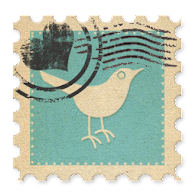 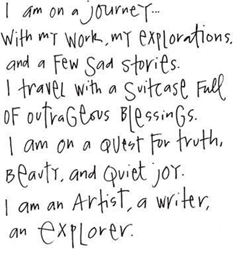